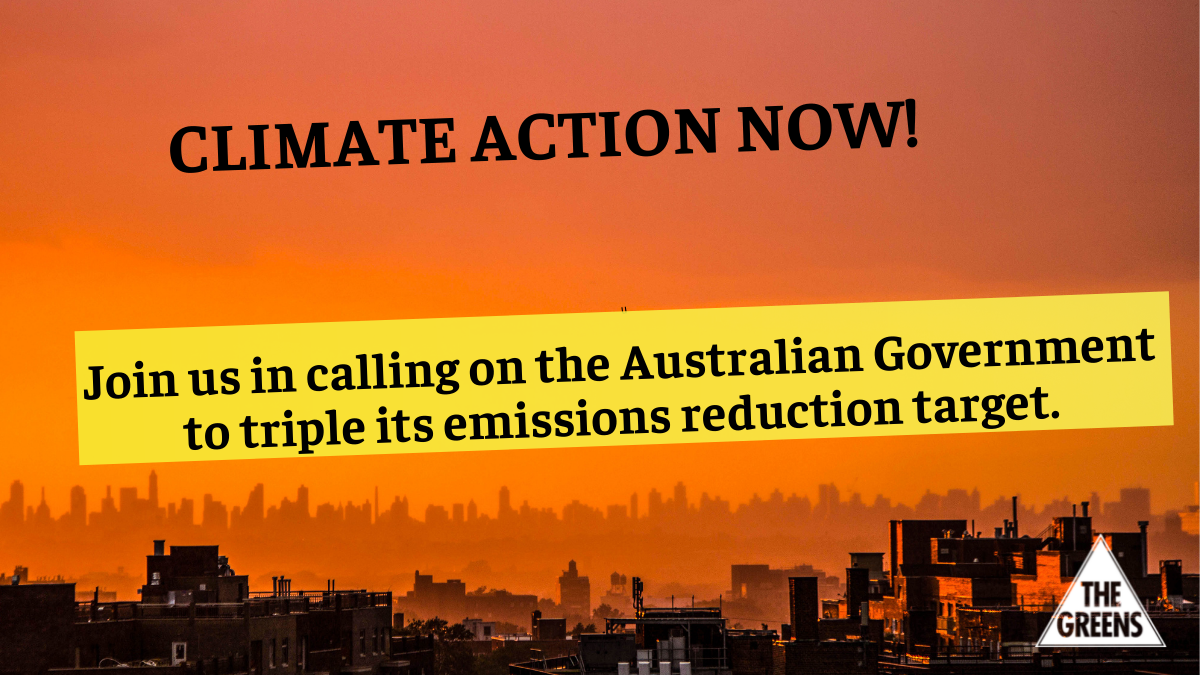 Call on the Australian Government to triple its emissions reduction target NOW!

The world’s scientists have sounded the warning bell: time is running out to act on the climate emergency.

We are facing an existential climate crisis that threatens human civilisation – our governments must urgently start paying attention.

The science is clear: the mining and burning of coal, oil and gas exacerbate the climate crisis.

Every tonne of coal, oil and gas we burn will increase the intensity and speed of changes to our climate. The result will be more floods, more droughts, more heatwaves and more bushfires. Cyclones will get more intense and move south.

We’re calling on every level of government in Australia to act on the climate emergency.

Australia’s current 2030 target is to reduce emissions by 26%-28% below 2005 levels. This is totally insufficient and out of step with the rest of the world.

By recognising that we are in a climate crisis and by declaring an emergency, we can end the ‘business as usual’ approach. The Greens will never take donations from coal and gas corporations, unlike Labor, Liberal and National  parties. We are working in parliaments across Australia every day to push the Labor, Liberal and National parties to go further and act faster in tackling climate change.

The greatest health and economic crisis we will ever face is the climate emergency – it’s time for urgent action!

The world’s leaders met in Glasgow in November 2021, where the Australian Government failed to commit to action that will save our future.

Will you join us in calling on the Australian Government to triple its emissions reduction target before it's too late?

Please check your e-mail for a link to activate your account.